At Crossfire CCW we are your friends, neighbors, and fellow Americans. We believe in the 2nd amendment to the Constitution of the United States of America! We believe that it is our God given right to protect ourselves and our families. We understand that even though the police are here to protect and serve that, in an instant, things can change and waiting for an officer of the law to show up and save the day is not an option.

The average response time for a 911 call is over 6 minutes and bad people who plan to do bad things have no intentions of waiting for the police to show up. So to answer who we are: we are Americans that teach other Americans to protect themselves and their families. In our CCW classes we teach you how to shoot, when to shoot, and what to expect to happen if you shoot. 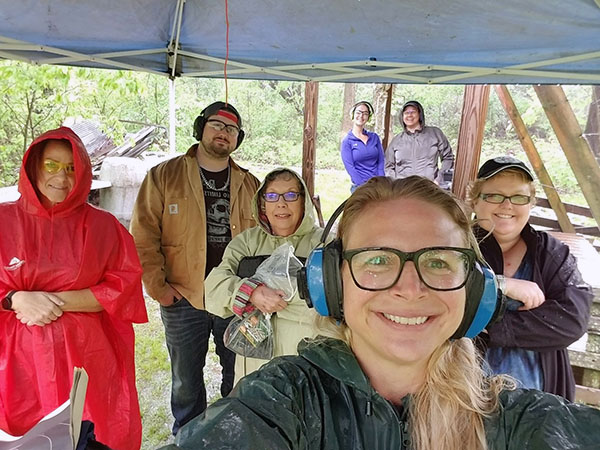 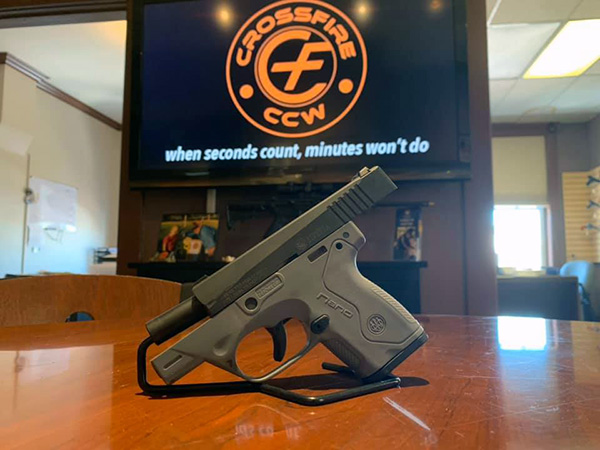 How about a nice knife? If you are facing an unarmed assailant, this is a valid option. However, it is unlikely that the assailant did not bring more formidable persuasion. You can bet they have a weapon of some kind, usually a knife, and sometimes a gun. My martial arts instructor once told me that nobody wins in a knife fight. It is just a matter of who bleeds out first. As for dealing with a gun, we all know the saying about bringing a knife to a gun fight. A gun, in the end, is the most reliable and formidable way to dealing with an attacker. It is not fool proof, but it offers the absolute best protection possible for an individual. Even if your attacker is a foot taller, fifty pounds heavier, and wielding a machete, a CCW holder can still walk away unharmed. Guns level the playing field, no matter who you are.

If a criminal decides to assault you, you are left with three options. You can submit and allow yourself to be robbed, wounded, raped, or killed. No one should have to endure this, and this option is unacceptable in a free society where individuals have rights. You can try to run away. This option, proliferated to me since elementary school, assumes that you can run faster and farther than your assailant, and that your assailant does not have a gun. In elementary school, you can usually find a teacher faster than the bully can catch up, and not many seven year olds carry guns. In the real world, this is not always the case. Not only does this option not guarantee safety, but I often ask why I should have to run when the other guy is the criminal?  The only reasonable option, therefore, is to fight back. 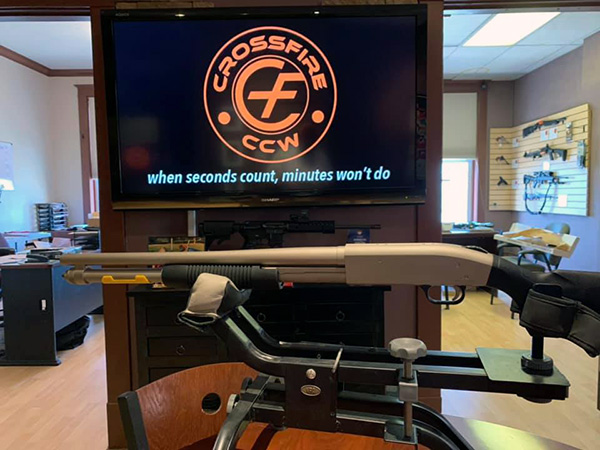 We have classes forming

Check out available dates and get the best deal!

So, do you engage in hand to hand combat? Chances are, the criminal has a reason to be confident enough to attack you. They either have the advantage of strength, skill, or they are carrying a weapon. People who fight back with their fists are those who were not prepared and are using the only defensive option they have left. What about pepper spray or a stun gun?  Pepper spray has a very limited range and, as an aerosol product, the wind can blow it back into your own face. The worst thing that could happen is to become incapacitated after making a defense attempt.  Also, pepper spray does not always stop a determined individual.  Just look at the brave students from UC Davis.  They were doused with police grade pepper spray, and they didn't go anywhere.  Stun guns, though more formidable than spray, share the same disadvantage.  They don't reach out very far, and they don't penetrate thicker clothing.  These defensive options are more likely to further enrage your attacker than keep you safe. 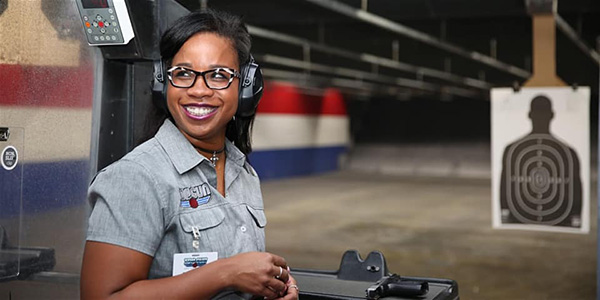